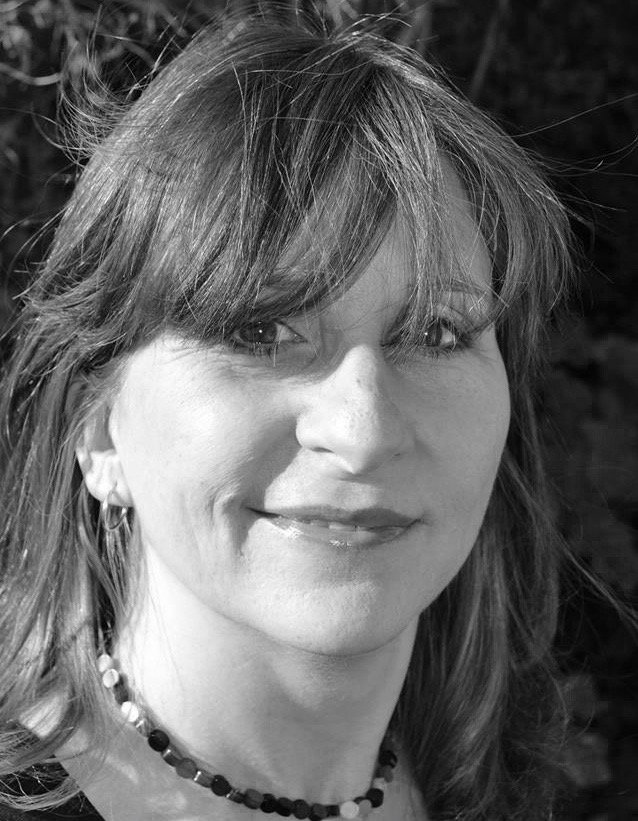 Andrea Bennett came to writing fairly late. After her initial career choice of ‘artist’ fell by the way-side, she tried her hand at many things: translator, civil servant and charity manager to name a few. In the mid-noughties she gave up spending half her life commuting and began writing in her spare time. She started work on her first novel in 2012 – it was selected for publication by Borough Press via an open submission process. Galina Petrovna’s Three-Legged Dog Story was released in hardback and paperback in 2015. Based on her recollections of living in Russia during the Yeltsin era, it has since been published in French, Italian, German, Spanish and Portuguese. Andrea has signed a further two-book deal with Borough Press, and is currently working on her second novel, due for publication in February 2017. She lives in Ramsgate with her two sons and a lazy Border Terrier.

Spangles – this word brings to mind two things: the glittering sea on a hot summer’s day, when you’re in the water up to your chin and you have to screw up your eyes because it’s so bright, so you’re looking at the patterns of light on the sea through your eyelashes, and it shifts and sparkles, and… 1970s sweets – because they go together with sun-bleached days on the beach! My favourite were Cola flavour: sticky and fizzy brown and slightly lemony, important sustenance for when you’re in and out of the water all day, and good for taking away the taste of salt. My ’70s holidays were spent in North Wales, so I don’t know why I remember them being so spangly, although 1976 was, of course, a good year.
From the early 15th C; ‘small piece of glittering metal,’ from Middle Dutch spange, ‘brooch, clasp’. Related to Old English spang, ‘buckle, clasp’.

Cascade – to me this word means music and water, energy and movement. In my second novel, the hero takes solace in playing the piano when things get bad, and I kept coming back to this word when trying to describe the sounds gushing into the air and falling around him.
17th C, from Italian cascata, ‘waterfall’, from cascare, ‘to fall’. From Latin cadere, ‘to fall, sink, settle down.’

Andrea Bennett will be at Margate Bookie on Sunday August 21st, tickets here.